Sirscha Ashwyn comes from nothing, but she’s intent on becoming something. After years of training to become the queen’s next royal spy, her plans are derailed when shamans attack and kill her best friend Saengo. And then Sirscha, somehow, restores Saengo to life. Unveiled as the first soulguide in living memory, Sirscha is summoned to the domain of the Spider King. For centuries, he has used his influence over the Dead Wood—an ancient forest possessed by souls—to enforce peace between the kingdoms. Now, with the trees growing wild and untamed, only a soulguide can restrain them. As war looms, Sirscha must master her newly awakened abilities before the trees shatter the brittle peace, or worse, claim Saengo, the friend she would die for.

I liked how the main character Sirscha took initiative to fix problems and how she came to realize her worth. Having come from an orphanage Sirshas had to fight for everything shes ever had. Her fierce determination to accomplish her goals had me cheering her on. I didnt understand why she kept feeling bad for saving her best friends life. It just didnt make sense to me, especially compared to the alternative, but I did love their strong and thoughtful female friendship. The book doesnt have any romance so we get to focus on Sirshas character development and her friendship with her fellow soldier Saengo. She got major respect from me for joining the military to gain some independence from her noble family.

Sirschas mentors grumpy attitude had an endearing charm to it. I really hope we get to find out what’s going on with her in the sequel. Even though we dont get to see much of her I still got a good sense of her complexe relationship with Sirscha. We also meet Prince Meilek who has always been kind to Sirsha. I really felt for him as he struggled between his loyalty to his sister the queen and helping those in need. The Spider Kings motivation weren’t totally believable, but I still thought he was an intriguing character. I really enjoyed the banter between his guest Theyen and Sirsha. I also loved the older female guard Sirsha was assigned once she arrived at the Spider Kings home.

I loved the worlds intricate magic system and the precarious kingdom politics, but my favorite parts were probably the forest filled with vengeful souls and the dinosaur looking creatures the soliders ride. The shamans and shadowblessed have wide variety of amazing powers. I liked how their eye color matched the type of magic they could do. I also think it’s awesome how they have animal familiars to channel their power. The religion with the sister deities was a nice little addition to the setting. I really enjoyed visiting the port city of Birth with its stacked houses connected by high bridges and winding canals. I can’t wait to get to explore even more of this world.

The plot starts with Sirsha trying to win the spot of the Queens shadow to work as her spy and assassin, but after a shaman attack she’s sent to work for the Spider King instead. On top of having to prevent a war and stop the spread of the forest of souls Sirscha must also find a way to save her best friend. Despite those high stakes some parts of the story werent as gripping as I wanted them to be. I’m guessing that’s because I found a lot of the reveals predictable and the antagonist didnt feel like an immediate danger until the very end. That aside the ending seriously elevated the stakes and Im excited for the sequel. I think this series has the potential to get better and better.

*This book was received for an honest review

One thought on “Forest of Souls Review” 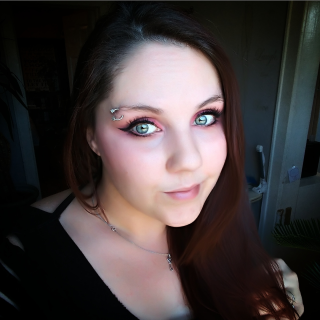